A downloadable Dating Sim for Windows, macOS, and Linux

Tyler Schmidt is a typical guy who is unemployed and lives with his parents. Despite being pretty intelligent, his motivation to find a job/career is dead in the water, leaving him to mooch off of his parents. When they finally have had enough and demand he find a job, his lucky stars look out for him and send his uncle to offer him a 'special job'. With no choice, Tyler agrees and moves out of his family's house the next day, on his uncle's instructions.

What he didn't expect was to be drugged, taken to a remote location, and completely agreeing to a top-secret government experiment called "Operation: APRON".

What did he get himself into?!

A smart 24-year-old guy who is in desperate need of a job and becomes the accidental Master of 5 'maids' in training.

A mature woman ranked number 1 of the top soldiers in the academy. She is extremely busty, but she knows how to be the perfect maid regardless of the extra weight.

Ranked number 2 in the academy, Tanya is a little bit of a prankster but she enjoys the choice she made. She also doesn't take kindly to people who misjudge her.

A woman who almost looks like a teenager, ranked number 3 in the academy. She is a little immature, but she knows how to use her small body to her advantage.

A transgender woman who went through personal therapy before going into the academy. She is number 4 and she is the oldest of the bunch, but she still has a youthful charm.

Number 5 of the academy with a little bit of a sore-loser personality. She wants to be number one, but knows that the girls before her will not budge without a fight.

??? (CV: Nathan Sharp) - A mysterious commander who wants to learn the secrets America is hiding under the code name "Operation: APRON"

??? (CV: Jalen Cassell) - An underling for the mysterious commander. 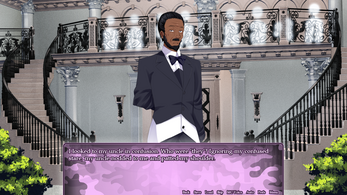 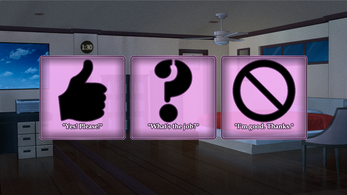 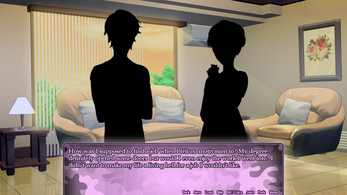